I pull on out of the passing place and carry on with my journey, the windows are down, the sun is shining, the world feels like a great place, especially if we can forgive bus drivers. I look out and can see sheep in the hills, walkers striding with purpose towards distant cairns, the odd person out on a hang glider, a mere speck against the luxuriant blue sky. I can smell the grasses and feel relieved today that the pollen is not causing me an adverse reaction. There is nothing quite like being sexually abused by plants to put a damper on your day and make you wish you had to take yet another drug, or at least brought half a forests worth of tissues with you. Today was one of those spectacularly beautiful days that Scotland can occasionally throw up.

I pulled the car into the car park beside the café and thankfully there were spaces under the trees. I could deal with cleaning sap off at some point in the future but at least I would not have to come back to a car that was warm enough to cook a meal for four inside. Life is always full of pros and cons and you have to make sure that you get more pros than cons. I’m sure I could put that on one of those self-motivational memes. The memes that motivate to get the fuck off the internet and go do something productive, usually it is called putting the telly on.

Formica furniture is always the sign of a quality eating establishment, now even I don’t know if I am joking or making a serious point there but this place had certainly gone in for the Formica catalogue. I was slightly surprised when I realised the floor was actually yellowed tiles and not even more Formica. It had that smell you expect from a place that plies its trade selling sausage on a roll. Square sausage, by the way, none of that link shite. Proper square sausage. I knew I was going to leave here and smell like a fryer for the rest of the day. Still, at least they did coffee. Not one of those impressive and intimidating shiny stainless steel espresso machines. There was nobody here with a t-shirt on telling us they were a fully trained barista. There was none of that, there was though one of those wee push-button coffee machines. Why train staff, when you can get just as mediocre a drink from a machine?

The lady serving though, she was intimidating. The kind of person you would not tell you had a fly in your soup. No, you would wait till you had left the country and would post that on Trip Advisor. She had on a red apron that looked like it had seen many fights in the kitchen, there was a lot of stains and it would probably have been a great game to guess what each of those stains was. I ordered my latte and caramel shortcake and went outside to watch the water with this meal, was it a meal or a snack, something in between? This idea was going to come back some night and make sure I couldn’t sleep as I battled to work out exactly how to describe what I was eating and drinking.

The caramel shortcake, since I know you want to know, was one of those tray bakes that all the generic eating establishments in the United Kingdom seem to have. It had a layer of very crumbly shortcake, a layer that was almost the right thickness to hold together but would fall apart as soon as you picked the cake up. I like to lift the chocolate off, eat it, and then eat the caramel and shortcake layers combined. I have no idea if that makes me a heathen or just someone who know what they like. The coffee was that lovely way they like to sell it in the UK, at a temperature that was just under that of the sun. This meant the coffee had burnt and was that proper bitter way that British philistines seem to like. If only they ever travelled and discovered the smooth and velvety coffee is served everywhere else in Europe. It was probably one of those things they hated about “fureneers”, the way they have coffee that is a pleasure to drink without putting a million syrups in to disguise the cruelty that has been inflicted on the coffee bean. If only you had ended up in that other bag you could have been free to live your last moments in a luxurious paradise, instead, you ended up in one of the cardboard and plastic cups, the ones that are beige with a funny white pattern on them. An abstract shape that I am sure is supposed to evoke something other than the disgust I feel towards it. At least it will still be here in another 500 years to see what damage humanity has inflicted upon the world. 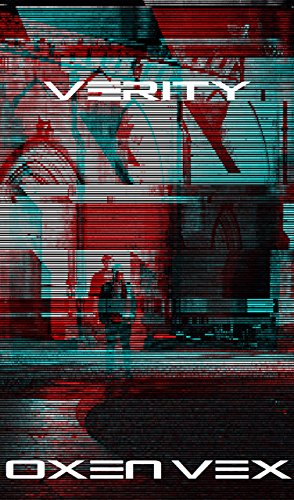